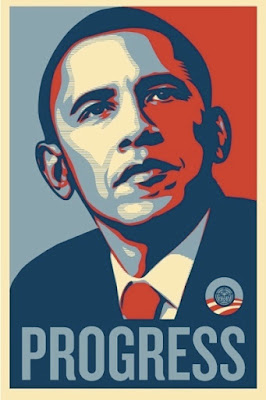 Today is a momentous day for all Americans, and for the world. For the 44th time, after a contemptuous election season, the transfer of power from one administration to the other, occurred without incident. Granted, Cheney went screaming and kicking, and had to be confined to a wheelchair, but he still went. That is what makes this country stand out as a beacon for so many other nations of the world whose elections are not transparent, and whose rightfully elected officials are blocked from assuming their rightful offices. It’s you, Mugabe, I’m talking to! It is a wonderful thing to witness. Even when we don’t agree with the election results, our candidate doesn’t win, we have an expectation, as Americans, that January 21st we will wake up to a peaceful nation with a new leader. Right on! Now to the latest in our odyssey….

We are still in Dallas, TX. It has been so wonderful to see so many dear friends. My roots run deeper here than I realized. Only after having moved away from Big D, and returning for a visit, do I realize how much of me has always been here – even when I am not. Everyone who has met Stewart immediately opened their arms and hearts to him, making him an honorary Texan. He even got himself a pair of boots and a hat. Every night before bed, I have to assure him he can put them back on in the morning. As we say here, “Bless his heart.”

On New Year’s Day, we were fortunate enough to be the guests of the Honorable John Creuzot as he was sworn in to office for his sixth term. In 1992, I w 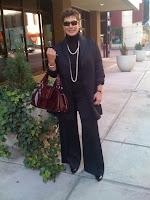 as John’s first campaign manager, and can tell you if ever a man deserved to sit on the bench it is him. Congratulations, John. Of course, the fanciest clothes we have with us are dress flip flops, so off to the stores we went. Shopping at Northpark on New Years Eve was just like old times. Just the sizes were different, and my sister, Nancy wasn’t there to help me pick. With the help of my iPhone camera, she was still able to advise me on my ensemble. As I walked back to the car after the event, I used the power of positive thinking to place one foot in front of the other. I made it to the vehicle without having to remove my high-heel shoes. As the feeling returned to my feet, I could not help but feel at one with those who are tortured with a hammer. Now I remember why I don’t wear heels anymore. Stewart and I took turns watching out for passersby as we changed into our Levi’s and flats (of course, for Stewart it was boots) in the back seat of the car for lunch and a movie with Michael Allison and his partner, Andrew. Overall, a great way to start 2009.

The time has gone by far too quickly. We spent time with so many great friends. Bruce Horton (pictured), jewelry maker extraordinaire; Nancy McClellan, chiropractor and acupuncturist; Mark Perez, attorney at law; John Hitt, Professor of Government, Northlake College; just too many to name. Stewart picked up his 20 year chip, and was a relative newcomer in a room full of people who have been s 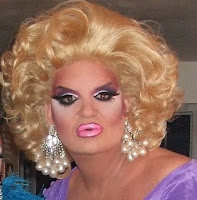 ober since we were in our early teens! We had lunch with my former professor and friend, Emile Sahliyeh, Dean of the International Studies department UNT in Denton. We discussed strategies for peace in the Middle East, and texting while driving. Apparently, Emile thinks texting while driving is unsafe. I explained to him that it is only unsafe for men. Women, on the other hand, are expert at multi-tasking.

Beth and Doug Brown invited us to spend a few days with them in Edom, TX. Beth and I met 20 years ago when we started a women’s group 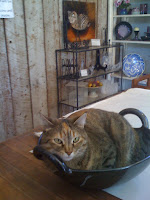 in Dallas. At the time, Beth was making leather goods. She has since moved on to become a very talented potter working with her husband to create remarkable pieces for their shop, Pottersbrown. As soon as we have a home that is bigger than 86 square feet, we will become collectors. They operate on the honor system. If you stop by the shop, and no one is there, just take what you like and leave the money on the counter. Squeaky may be there to greet you. Edom is a small town full of artisans and crotchety old men. If you find yourself in East Texas, it is definitely worth stopping.

For those of y 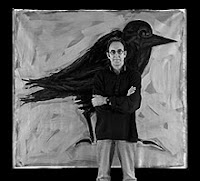 ou who have been in our landlocked home, you have seen our beautiful artwork. The artist who created several of our pieces is Arie Van Selm. Arie is a Dutch painter and sculptor who is in galleries all over the world. I know him as my friend. He and his wife, Yutta, are having us over Wednesday night. Arie paints at his home, so it is always exciting to see what he is working on. I am looking forward to them meeting Stewart. Don’t be surprised if we end up expanding our collection. His Marilyn (smile) series through the 90’s, has been followed by a series entitled Tango-Birds. Very cool.

Ok, now to the highlight of all our blog entries, Jeffrey and Emma. Oh, for the life of Riley. The two hairiest members of our household are having a blast. Between trips to dog parks and runs through parking stru 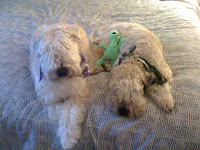 ctures, they are getting the most out of their time in Dallas. We saw Marley & Me last Saturday, and rushed home to play with them. We took them to a neighborhood dog park where Jeffrey proceeded to herd all the dogs into a group in the center. One of the dogs, a black lab, decided that Jeffrey was pretty cute, and wanted to mate. The look on Jeffrey’s face was priceless!

Nancy McClellan’s loyal dog of 18 years, Honey, passed away Sunday morning, so Jeffrey and Emma decided that their reason for being was to shower Nancy (yes, shower with saliva) with love and affection. It is
difficult to stay sad in the company of these two canines. Of course, Nancy gave them doggie ice cream, and many, many treats. They are so easily bought.

We are off to Palm Springs, CA on Thursday for Stewart’s mom, Ginger’s 75th birthday. Nancy has generously offered to keep Jeffrey and Emma for us while we are gone. I can only imagine how spoiled they will be when we get back. I’ll keep you posted.

Welcome to our blog. Over the coming months, we will update you all on where we are, where we’ve been, and where we’re going. But first, we have to leave home. Our days are presently filled with chaos, clutter and excitement. OK, so maybe excitement is overstating it. Exhaustion is probably a better description. I don’t remember shopping, so where did all this stuff come from to pack? Gremlins have invaded our home and left all their stuff – especially stuff that is almost impossible to pack. Have you ever tried packing a cement mixer? I thought not.
Jeffrey and Emma, our two soft-coated wheaten terriers are so excited. Of course, they don’t understand exactly what is going on, but they sense something is up. we have a T@B trailer that we will be pulling, and we all slept a few nights in it just to check it out. We learned that dogs snore (especially Emma), and they will need regular baths.
We have ordered an E85 conversion kit for our Chrysler 300M that should arrive tomorrow. It is important to us that we are responsible citizens of the earth even while we indulge our adventurous spirits. There is a great website that shows you the closest station selling E85 by zip code. It is fairly inexpensive to convert a vehicle (under $500), and the fuel is cleaner AND cheaper. For any of you looking to buy a new car, but want to wait for the next generation technology, this might be a good interim way to go. We’ll let you know.
Anyway, we close on the house Friday afternoon. Saturday, our odyssey commences. First stop Walden, Colorado, population 658. If you are interested in learning more about it, here is a link http://www.colorado.com/Walden.aspx. Of course, we’ll be back in civilization for the election next Tuesday. We wouldn’t miss helping out at GOTV and the victory party for the world. Check back with us. We will update and include pictures as we go. Please send us your ideas for places to go, as well as things to see and do. Maybe we’ll stop in along the way. Promise to call first. Signing off from post one, Mara and Stewart

Tales of the open road, with a side order of musing.